Time flies when you’re having fun, and so it has been with NEW. We founded the Network of Entrepreneurial Women to incorporate some fun in networking while being truly supportive of our members, and add some geographic scope to our business endeavors. More than a year later, we have 159 Meetup members and 61 ‘likes’ on Facebook.

Next week we will celebrate our first birthday and reflect on all we’ve accomplished in the past year. We will party at the host of our inaugural NEW event, Avalon Salon Day & Spa. 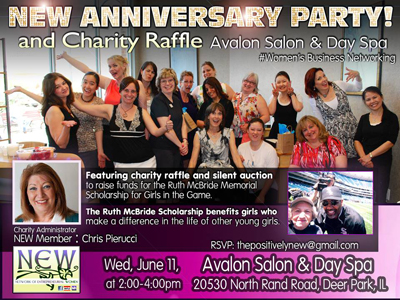 We want to pay our joy and celebration forward, and have partnered with NEW member Chris Pierucci of Final Draft Business Support Services to support the Ruth McBride Memorial Scholarship for Girls in the Game with a silent auction and raffle. While we bid on member-donated pieces, we will munch on festive goodies, sip on teas, tour the fabulous themed massage areas and hair salon, and celebrate our milestone with relaxing mini hand and neck massages. 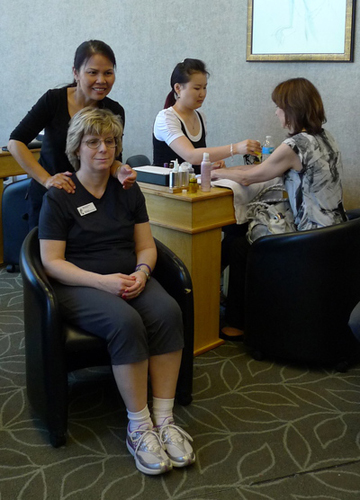 Ruth, Chris’ mother, was a teacher’s aide tutoring special education children for almost 40 years and an enthusiastic sports fan. Being handicapped herself, Ruth had a special connection with the children she taught. Girls in the Game scholarships unites both of Ruth’s passions: education and sports. 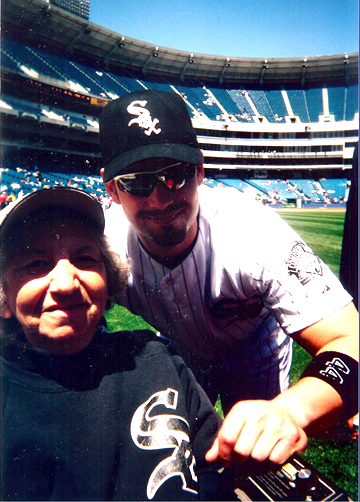 The Ruth McBride Girls in the Game Scholarship is a named four-year scholarship and will change the game for at least one Chicago high school girl. During her four years of high school, along with other teen girls from all over Chicago, the recipient of the Ruth McBride Scholarship will be trained in a variety of energizing sports and games, study yoga, learn to eat smart, and develop new strategies to help her resolve conflicts and reduce whatever violence is in her life. 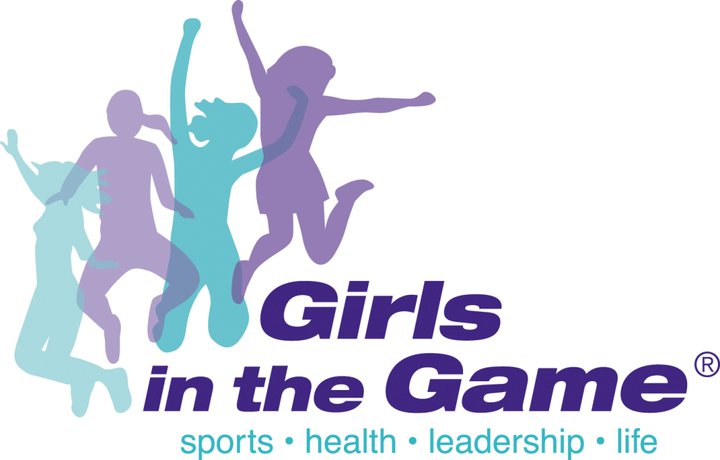 The Team Squad is coached by Girls in the Game’s award-winning staff to develop their skills as strong and confident leaders. As trained leaders, they will lead workshops and teach what they have learned about living a healthier lifestyle to younger girls. In exchange for making a difference in the lives of other young girls, the recipients of the Ruth McBride Scholarship will earn significant scholarship dollars for college tuition, textbooks, or the technical training of her choice. 100% of the girls who received scholarships in our 2013 Teen Squad high school program have gone on to college.

Our fundraiser includes a silent auction with gift certificates for a photography session or massage therapy, jewelry by yours truly, and other items we will post on our Facebook page in the coming week. To donate an auction item by Monday, June 9, please review this document. The Ruth McBride Scholarship will sponsor at least one four-year scholarship in 2014. However, the more we raise, the more girls we can sponsor. It is a unique, exciting and inspiring force for change, just like Ruth herself. 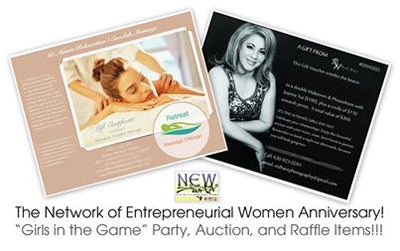 Aurora Rose Boutique is donating a gift basket for the raffle. You can purchase raffle prizes online via this link. You do not have to be present for the raffle, however, attendance is required for the silent auction. 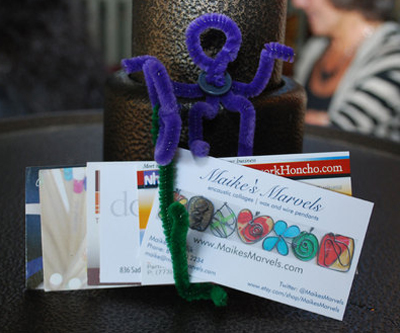 “When I moved here two years ago, I automatically drifted to the usual and customary networking events that I found to be effective in Colorado. I really didn’t think that driving 30 miles downtown was going to be that big of a deal. Boy, was I wrong! Living in the Northwest Suburbs and driving 30 miles in each direction was kind of fun at first, but after a while, not so much fun!

I did however meet some great people who, like me, thought that there might be some better options. And because we were all veterans of women’s networking, we knew what we wanted and didn’t want to do. Some of the best advice I’ve ever heard was…”if you don’t like the way something is being done, do it yourself, or be quiet.” And so we did. 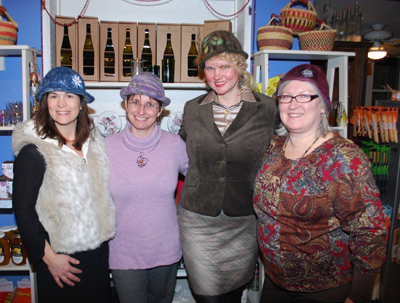 Erica Thomas, Maike van Wijk and I came up with a concept: suburban meetings, rotating locations, alternating afternoon and evenings, and–the best part– it should be free or very low cost. No membership or attendance requirements and women supporting other women in their efforts. Cool locations, fun and uplifting environments without stress involved!

Whether they are seasoned business owners, entrepreneurial spirits or just beginners, everyone who attends could learn from and teach others!

We divided the minimal tasks involved in running a small, volunteer organization and with hosts donating their space and often refreshments, advertising on Constant Contact, Facebook, and later Meetup, we were off and running. 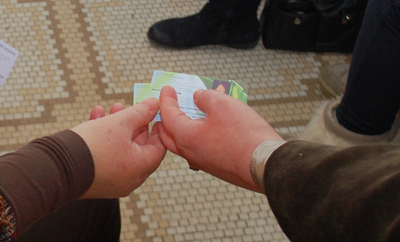 Fast forward one year and we have found that the model works! There are regular faces at meeting month after month, some that show up when we’re in their suburb, and new faces all the time. We support small suburban business owners by meeting and shopping in their stores. We share our stories and our resources.

So what does NEW mean to me? It is, as intended, a different way to approach networking and one that has allowed me to meet many absolutely wonderful women in a diverse variety of occupations. I’ve developed friendships, business relationships and travelled around the surrounding areas enough that I feel like I’m almost a native! And I’ve enjoyed the collaboration with my NEW Co-founders who still make it fun.” 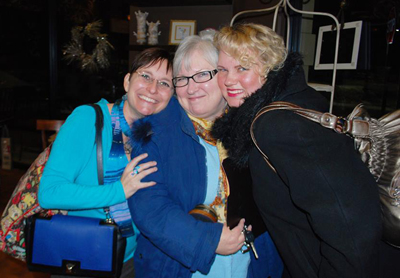 The NEW Anniversary Party and Charity Raffle is Wednesday, June 11 from 2 to 4 p.m. at Avalon Salon & Day Spa, 20530 North Rand Road in Deer Park. Avalon Spa has been named in the top 200 salons in Salon Today for the last 9 years. As an Aveda Salon, the spa participated in the Guinness Book of Records challenge of providing the most charity haircuts in 24 hours. 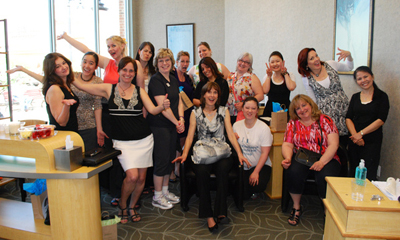 “There’s a real community of encouragement at NEW, and I think that’s especially vital for women entrepreneurs – sometimes we tend to disappear in front of our computers, smartphones and tablets, and it’s so great to have this opportunity, twice a month, to just be around other women business owners and get your mental energy recharged.

Every month, every event, we’re meeting new women entrepreneurs. But it’s also inspiring to see how much we all have in common – because there are new women at every event, it’s a somewhat different crowd at every event, and yet we fall into the same patterns of support and helpfulness.

We’ve been all over Chicagoland in one year – all throughout the Suburbs, and a few Chicago neighborhoods as well, and it creates an opportunity for our members to spread their businesses’ reach just by going to a new town and meeting fellow businesswomen there. 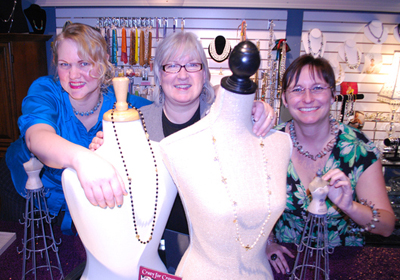 The other greatest thing about NEW, of course, is the great team I get to work with in leadership. Maike & Karen are such amazing businesswomen individually, and bring so much creativity and wisdom to the table. It really is the best team in the world to work with – it’s the Dream Team of networking.

It’s just restorative, to get your mental energy recharged around fellow women entrepreneurs, some you’ve never met, some you saw last month – and they’re all cheering for you. Each of us – we’re all cheering each other on to further greatness.” 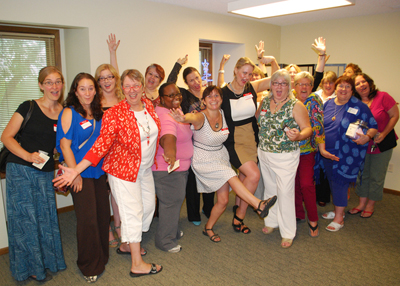 Our events have been a blast, and we’ve always walked away enriched, whether with a dozen new business cards to follow up on or through in-depth one-on-one conversations within smaller groups.

It’s been a wonderful way to connect with other entrepreneurial women, get to know the diversity of women-owned and women-managed business in the burbs, and explore the suburbs of Chicagoland. Come and join our celebration! 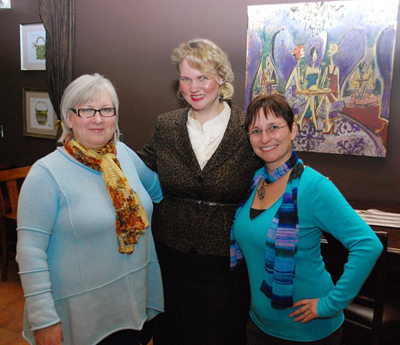